Seeing it Our Way: The Top 10 Reasons to Relocate to Milwaukee, WI

Milwaukee has long been considered a hidden gem for reasons ranging from its location on Lake Michigan to its world-class cuisine.

Milwaukee Food & City Tours has proudly played a role during the recruitment process by providing private city tours for local companies during their interview processes. Milwaukee is so much more than beer and cheese! Our team loves showing families the many reasons to move to our city.

Overwhelmingly, in post-interview surveys conducted by companies using our services, corporate recruiters consistently share great results.  One client shared that Milwaukee frequently ranked lower because people didn’t see Milwaukee as a desirable place to live. After inviting Milwaukee Food & City Tours to play a role in their interview process by offering tours, one company reported that more than 50% of the candidates surveyed after the interview process was completed stated that the tour changed the way they viewed Milwaukee. The client reported that a city tour while in Milwaukee for the candidate’s interview positively impacted their impression of the city and desire to potentially re-locate.

Everything we do for recruitment tours is customizable to best suit the needs of the client and their recruits. We can pick up groups directly from campus, take interviewees to key neighborhoods or school districts, and even stop for lunch or a scoop of custard along the way.

Recruiting a prospective employee to Milwaukee and need to show off the town? Call us at 414-255-0534 x 5 or email theresa@milwaukeefoodtours.com.

Milwaukee is a thriving city located adjacent to Lake Michigan, with beautiful views part of the daily life for city dwellers. And the sunrises, with the Milwaukee Art Museum in the background, are breathtaking. For those looking to completely escape the urban landscape, getting out of the city and into nature is simple. Crunchy leaves and changing colors are the highlights of an autumn hike in the Kettle Moraine State Forest Park, just forty miles from downtown. Campsites underneath the stars at Devils Lake State Park are less than 2 hours from the city. These are just a taste of the nature that Wisconsin has to offer, the state is filled with places to adventure all year long. 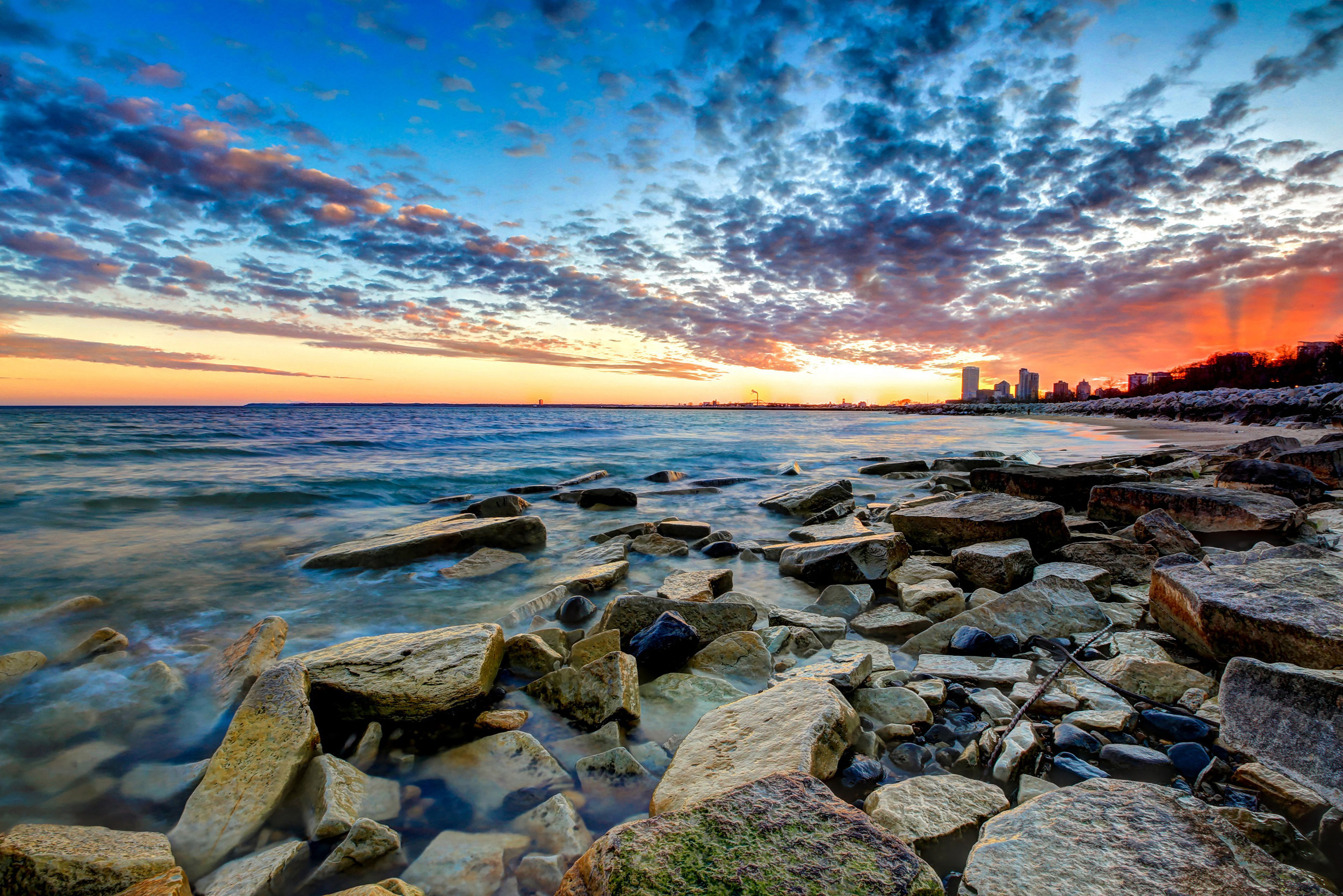 From the largest music festival in the world, to the 9th largest film festival in the country, to smaller neighborhood festivals or niche festivals such as Garlic Fest, there is no shortage of celebrations in Milwaukee. The unofficial kickoff of a summer in Milwaukee is marked by the first day of Summerfest located on the historic Henry Maier Festival Grounds. Nearly every weekend in summer Henry Maier hosts a different festival. During the fall, theater-goers can partake in a choice of over 300 films screened at five different venues. Foodies will find joy in the annual Garlic Fest where local restaurants feature all things garlic. Many of the neighborhoods around the city also have their own festivals with music, street vendors, and entertainment. Milwaukee’s festivals are an easy way to constantly quality things to do. 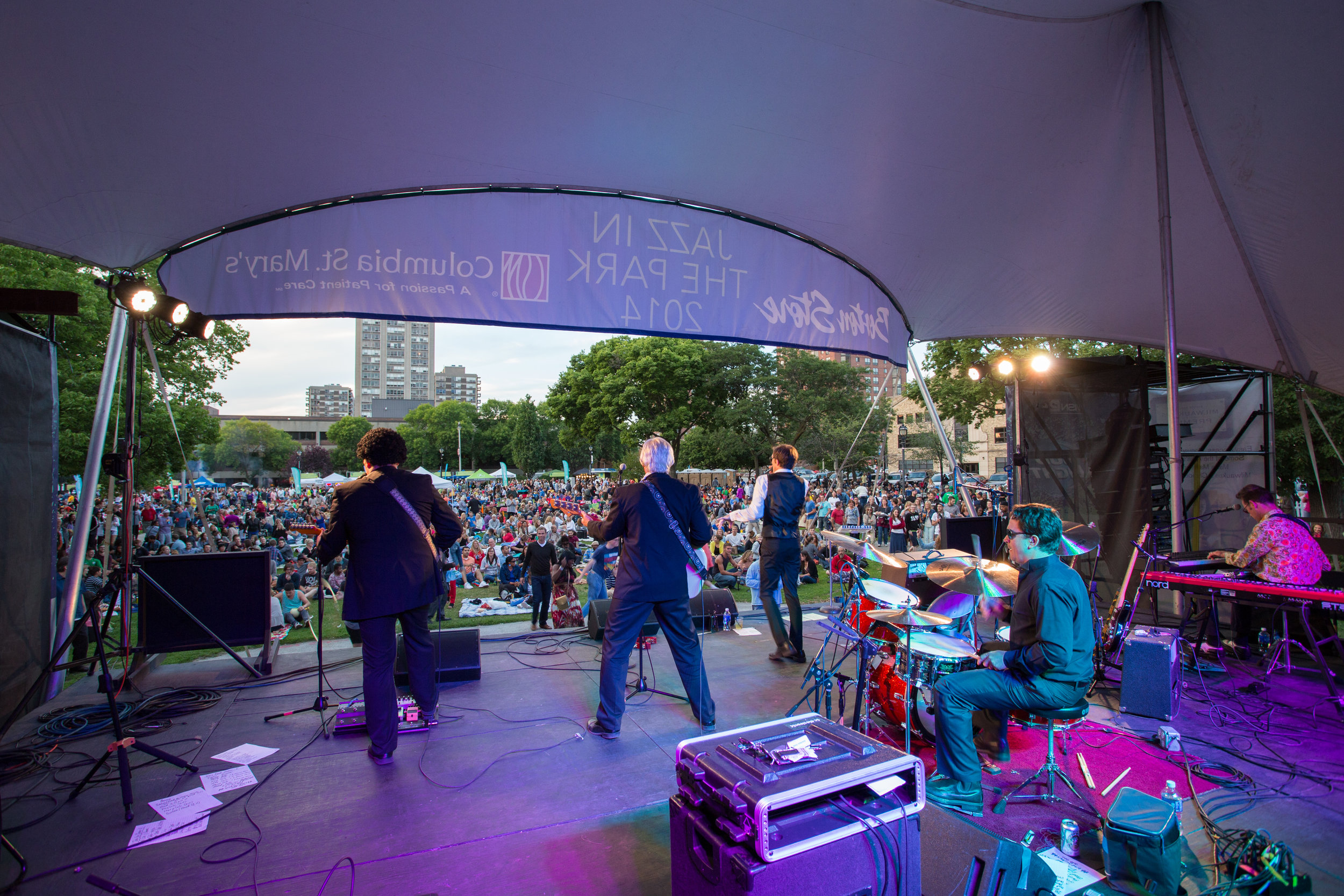 Brewery tours abound in a city that loves beer enough that locals often refer to it as “Brew City.” With a history steeped in brewing, Milwaukee has both legacy breweries such as Miller Brewery, as well as modern micro-breweries such as MKE Brewing Company. Milwaukee Food & City Tours explores beer in several of our tours including its Craft Breweries & Cocktails bus tour. The four-hour tour visits 4-5 different locations offering flights of beers or a cocktail at each location. Learn along the way with history on each location as well as an understanding of how breweries function. 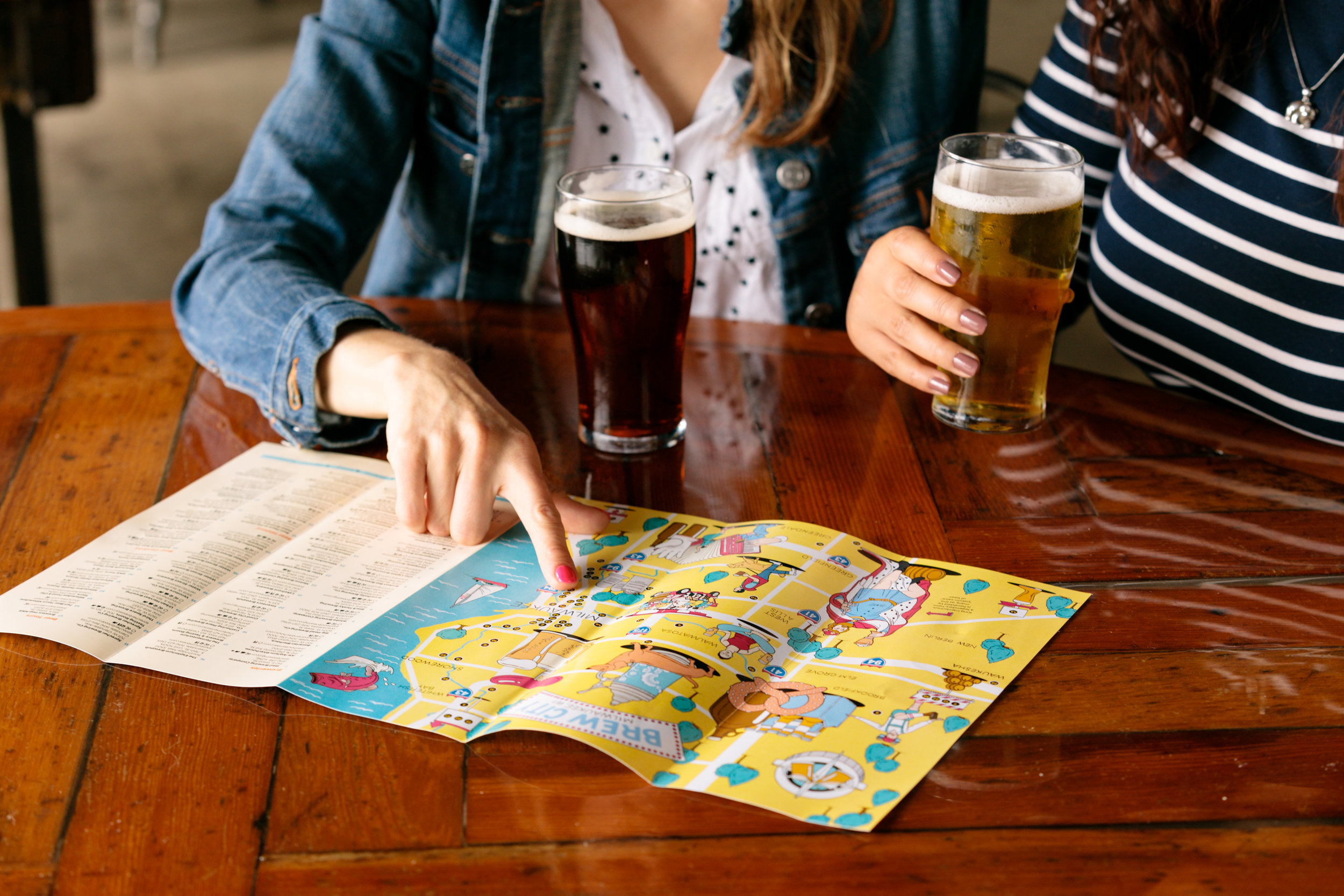 There are more than 30 breweries in the greater Milwaukee area, in addition to summer biergartens to enjoy a craft beer.

#4 All Good in the Neighborhood(s)

Moving to a new city can be daunting and figuring out where to live is one of the biggest challenges. Fortunately, Milwaukee has a diverse set of options. Milwaukee Food & City Tours offers private tours for those new to the city to explore the different areas. Here are just a few options for newcomers,

1.     Wauwatosa, a historical suburb located about 10 minutes west of the city is a desirable location. The downtown village is filled with restaurants, parks, and shopping. Charming, well-preserved historical houses are on tree-lined streets.

2.     Shorewood, located a few minutes north of downtown and close to the lakefront this neighborhood is filled with beautiful homes and easy access to restaurants and theaters.

3.     Bayview: Blue collar roots juxtaposed with hipster bars, this corner of Milwaukee located just south of downtown has seen major growth in the last decade. Bowling alleys butt up against fine dining establishments, Bayview is a great example of the working class history of Milwaukee meeting up with modern amenities.

Known for casual fare such as bratwursts and cheese curds, there are plenty of classic dishes to enjoy in the city. For those looking for an elevated option, Milwaukee has burst on the fine dining scene in the past two decades as chefs around the city have started to gain national attention. Farm-to-table is a way of life in the city with a location so close to farms large and small. Enjoy a hot dog on the lake or a James-Beard award-winning meal, Milwaukee offers it all. 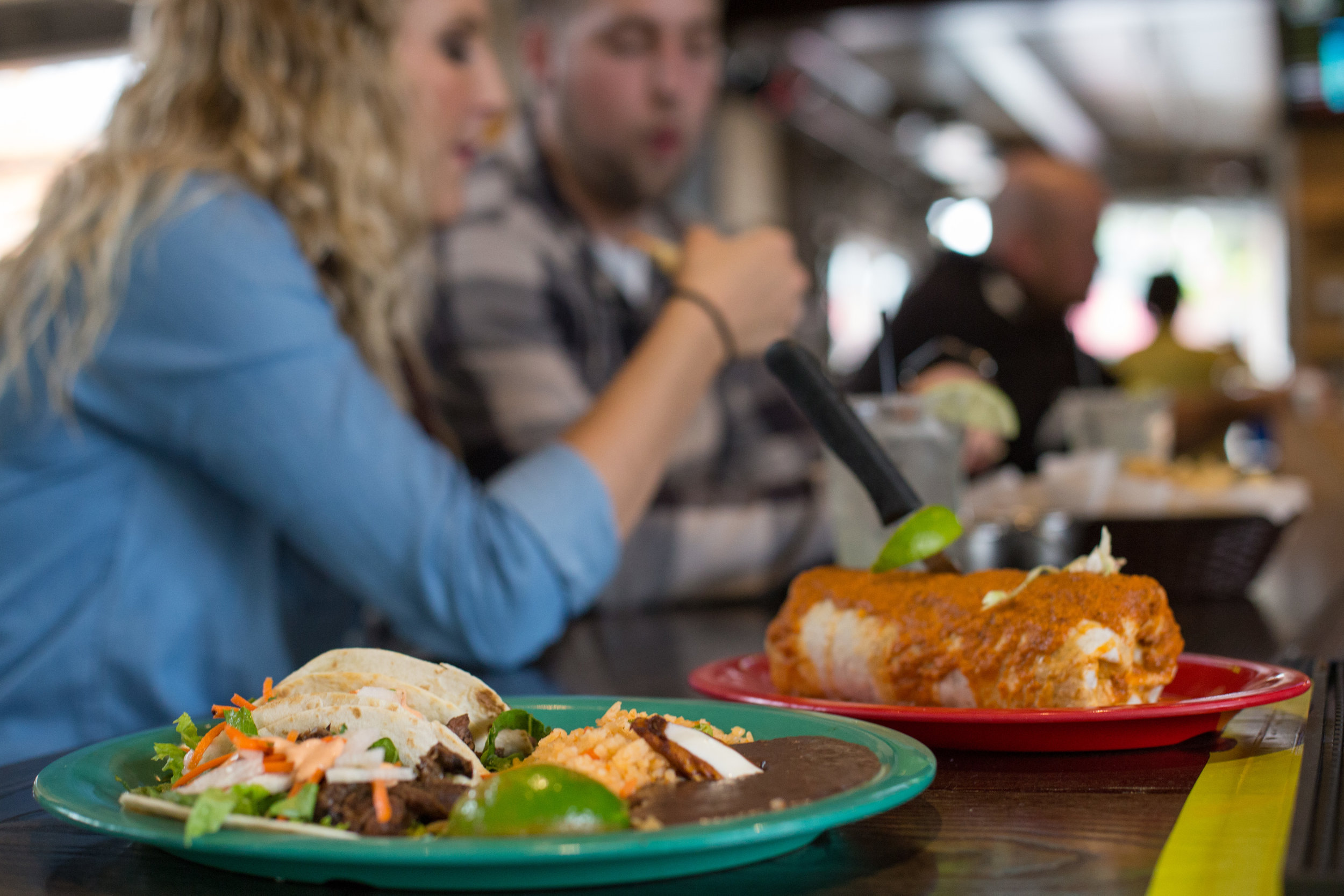 Guests enjoying a casual meal at Bel Aire Cantina in Wauwatosa. They also have locations in downtown Milwaukee and Oak Creek.

Milwaukee is a city of seasons swiftly moving from Spring to Summer to Fall and of course, long winters. It might be a turnoff to live in a climate that is freezing a large chunk of the year but fortunately, the beauty of the state makes it bearable with plenty of activities from snow-shoeing to ice fishing on Lake Michigan. While the winters are long they are more often than not a great way to explore new activities outdoors or cozy up in one of many bars in the downtown and surrounding areas. 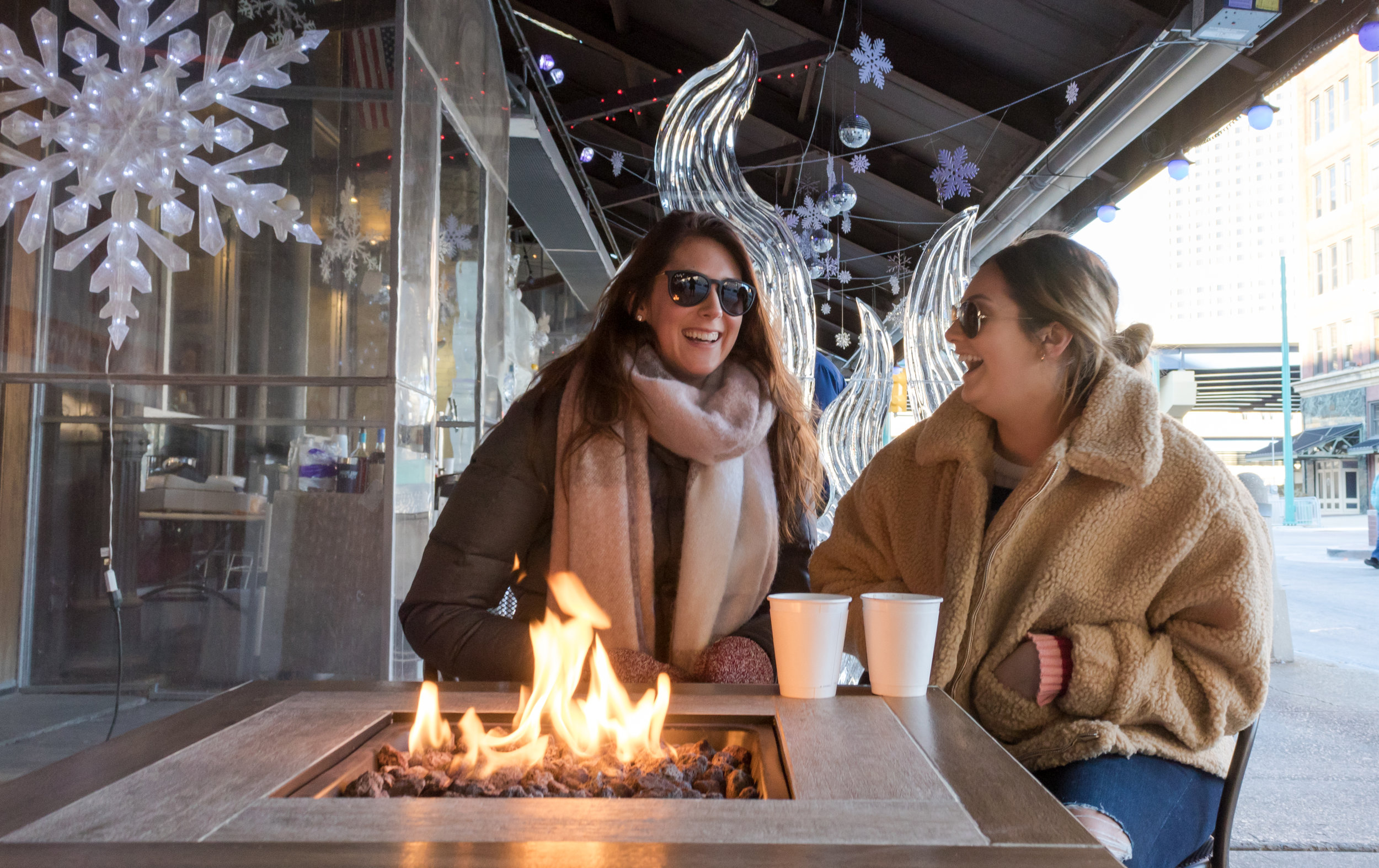 Just because it is chilly doesn’t mean you can’t chillax outdoors in Milwaukee at an ice bar along Broadway Street, while sipping coffee in Red Arrow Park, or while eating appetizers in a Lux Dome in the Historic Third Ward.

Milwaukee pride is tangible, the city is overflowing with citizens who are passionate about community and supporting the city. Milwaukee has its own flag that is proudly found throughout homes and business across the landscape. Swag and merchandise with 414 (the city’s area code) or MKE (the city’s shortened moniker) can be found on a daily basis. It is wonderful to live in a city where the people are proud of what has and is being built.

Nashville, Austin, Memphis, these are likely cities that people think of when they ponder up great live music scenes but Milwaukee is right up there as well! With a variety of different venues from large to small as well as local musicians who are rocking it, Milwaukee is a small giant when it comes to musical talent. There is even a dedicated radio station to Milwaukee music called 414 live. Big acts such as Fleetwood Mac and Justin Timberlake have played as recent as this year at the new Fiserv Forum, venues such as Turner Hall or the backroom at Collectivo Coffee on the eastside welcome smaller artists. If pop culture isn’t of interest, Milwaukee is home to the Milwaukee Symphony Orchestra as well, the Orchestra recently broke ground on a new state-of-the-art building to open in 2019. 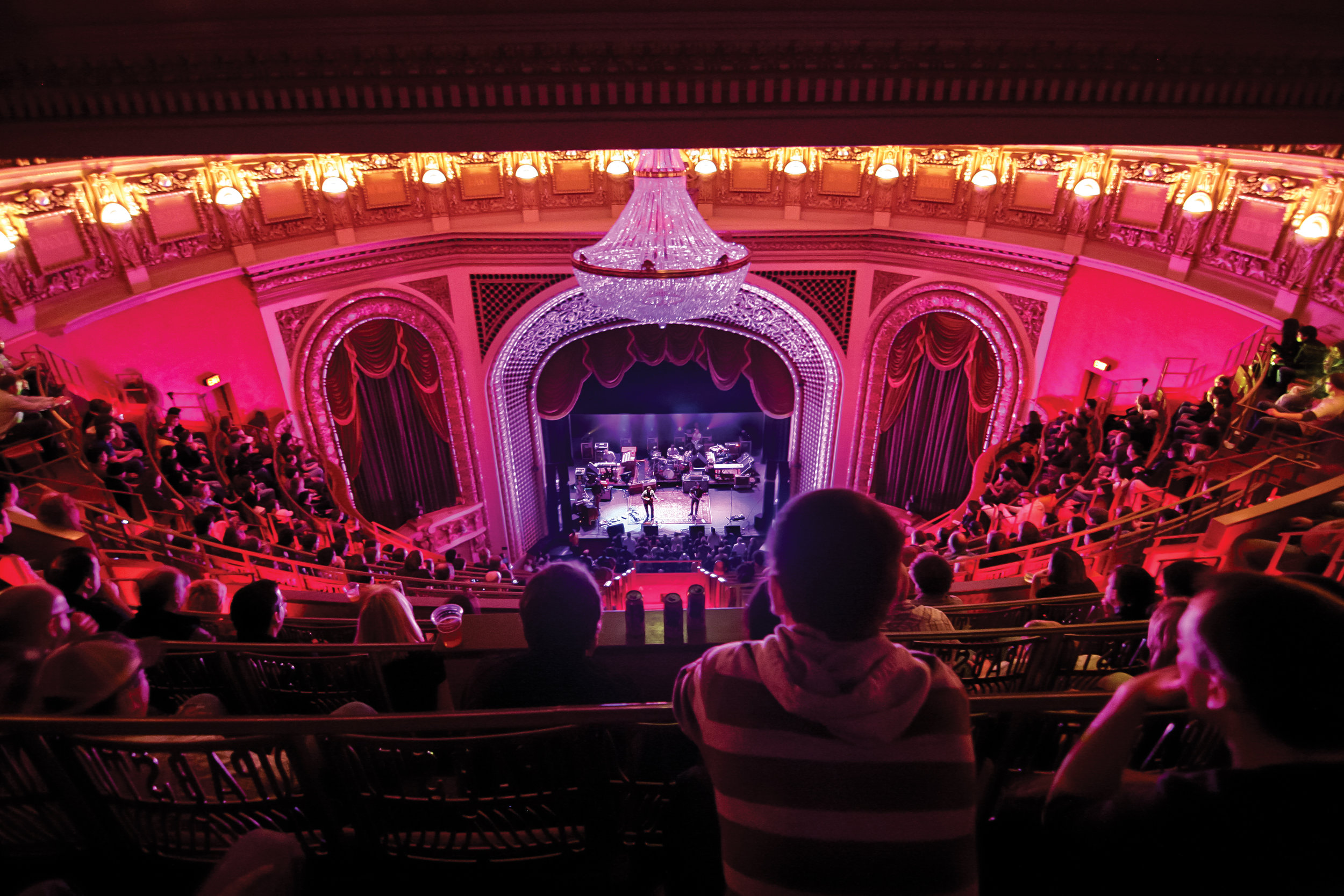 78 different wineries sprinkled through Wisconsin offer wines ranging from sweet wines made from cranberries or apples grown in Wisconsin soil to wineries experimenting with imported grapes from Europe and then fermenting to make their varietals.  Wine technology has come a long way opening up opportunities to make great wines in a region not typically known for viticulture. Visit www.wiswin.org to get the lay of the land. 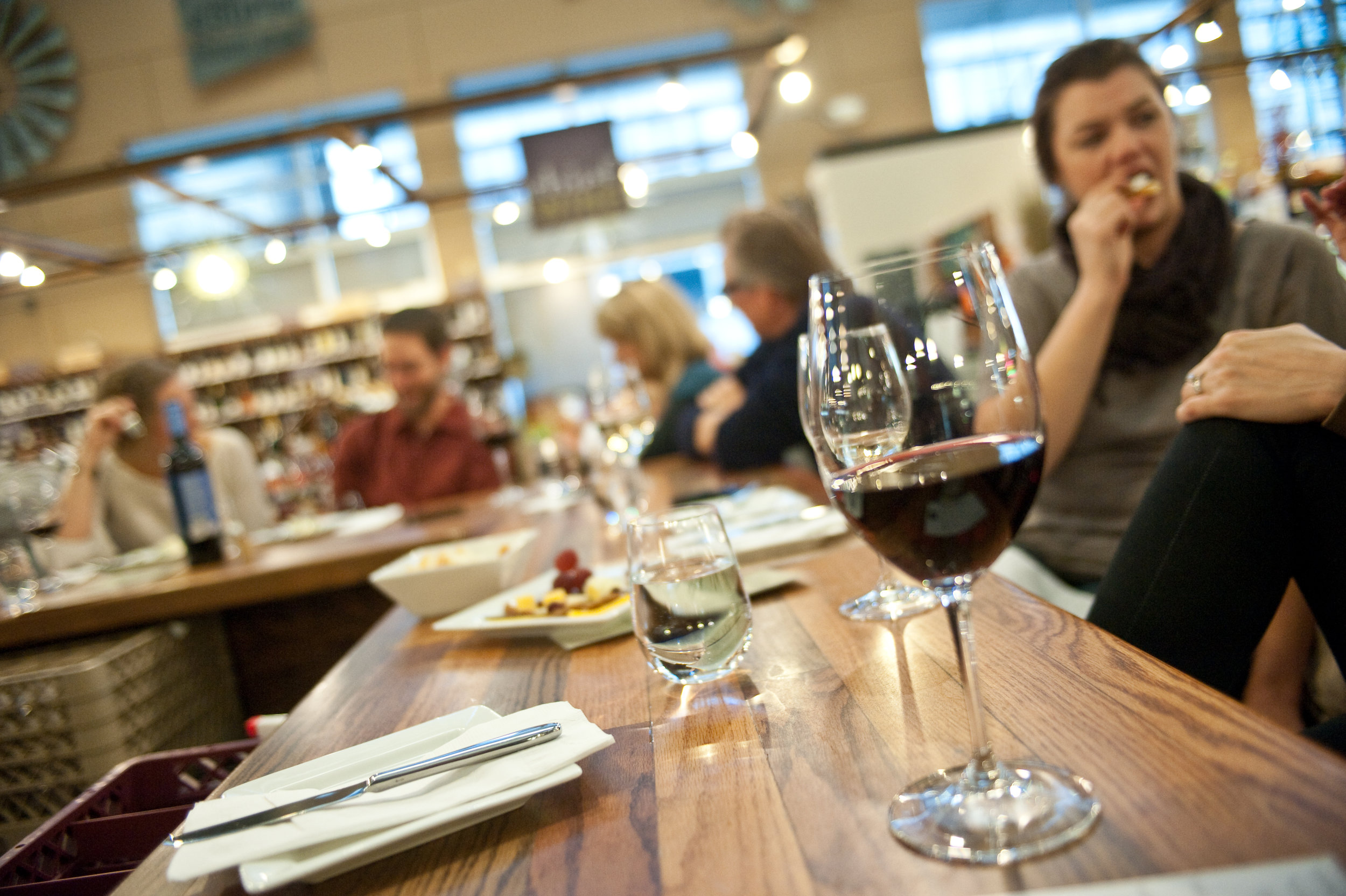 Sports are a big deal in Wisconsin and for those considering a move to Milwaukee worried that they won’t be able to find a good place to watch their favorite teams, Milwaukee is a town that won’t let you down. Move to the city and become a new fan, there is a team for almost every sport – baseball, hockey, soccer, and basketball all have teams at some level in Milwaukee. Alternatively, catch up with the old hometown team at any of the stadiums as Milwaukee teams take on franchise from across the country.